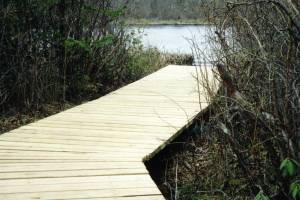 Thirteen thousand years ago during the last Ice Age, an unusual natural phenomena occurred in the North Acton town forest now known as Wills Hole —a bog was born.Not just any bog, but a quaking bog—one that moves up and down beneath one’s feet like a gentle wave when walking across the wooden Wills Hole boardwalk that stretches to a serene pond beyond. This movement is caused by a spongy sphagnum moss layer that forms a dense floating mat upon which various shrubs and trees grow.

The bog’s uniqueness prompted a Merriam elementary school fifth grade class that participated in the school’s Service Learning Program, to learn first-hand about what makes a bog so special.

The Merriam students discovered that all bogs, such as Wills Hole’s, lack sufficient water circulation to supply adequate nutrients to the bog environment. As a result, the water is very acidic and very low in oxygen. This creates a variety of unique plants, including sphagnum moss, high bush blueberry, and North American tamaracks, as well carnivorous pitcher plants and sundews.

Working with Acton’s Land Stewardship Committee (LSCOM), the students gathered information about bogs from the town library, the Internet, and by exploring Wills Hole, which is one of Acton’s 15 conservation land parcels.

The end result was the design and construction of two informational panels that describe the natural history of the bog, complete with vibrant color photos of the plants found in the bog. The panels were erected at the site of the bog that can be reached by well-marked trails from either the Nagog Park entrance to Wills Hole or from the town forest entrance, which is located off of Quarry Road. For a trail map, look here 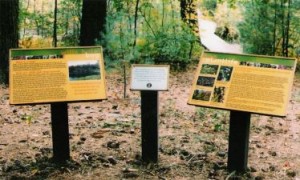 The panels, designed by Hancock Design of Watertown, MA, were funded in part by a contribution from Tufts University’s Draupner Ring fund, which is part of the university’s Environmental Studies Program directed by biology professor, Dr. George Ellmore. Tufts University has a long-standing commitment to environmental education and is dedicated to community service. 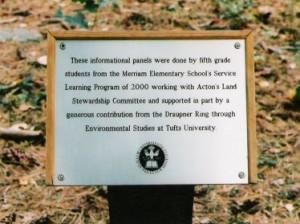 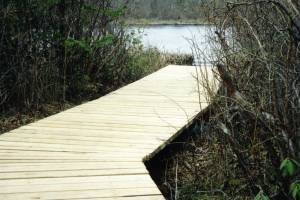 Paul Wasserboehr is a former member of the Acton Land Stewardship Committee and a freelance journalist.